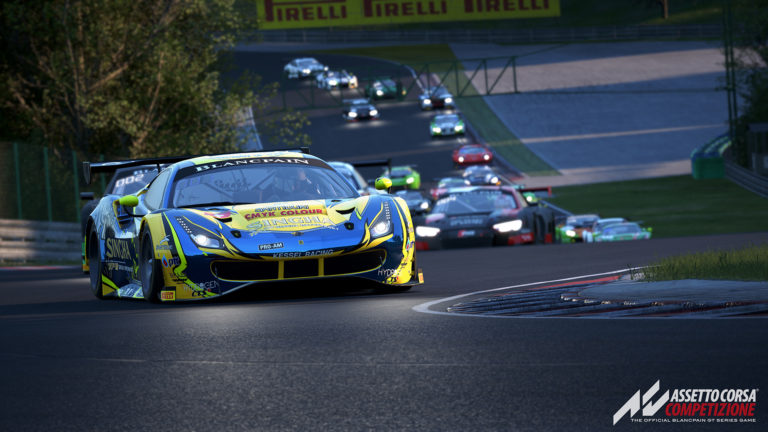 This update introduces some quite interesting improvements like MOUSE SUPPORT IN VR, fix for the majority of severe crashes and some more. The mid-session Save functionality has been de-activated while we are working hard to bring it back in for the next hotfix. We are working on a second hotfix, also planned for this week, that will aim to introduce a brand new Controls Options page, together with a Load Saved Game page that will allow to Save and Load multiple sessions.

GENERAL:
– The .exe now starts in “-nohmd” mode if “-vr” is not specified.
This now allows direct shortcuts with “-vr” command and reduces the number of required launch modes in Steam.
– Fixed a crash when pausing the game from the helicam.

GAMEPLAY:
– Added savegame system in Career and Championship modes.
– Savegame feature is not available in Hotlap and Hotstint mode
– Improved general .json encoding system.
– Added structure to manage multiple savegames (Single Player).
NOTE: not yet enabled in the public build.
– Added auto-saving after complete sessions in Career and Championship.
– Fixed driver stint status in savegame.
– Fixed incorrectly forced 10-minute driver stint length in championship and career.
– Fixed inaccurate session results in some savegames.
– Fixed Fanatec LEDs building in reverse order (due to a change in the Fanatec SDK).
– Updated controller presets.
– Fixes to MP replays (e.g. flickering spawned cars when the replay was shorter than the session).
– Fixes to game stability.
– Tweaks to accident/yellow-flag highlights.
– Fixed a bug of ‘ghost cars’ appearing in some cases in multiplayer highlights.
– Added option to customize weather for championship rounds.
NOTE: selecting “Custom” weather allows the player to customize the weather for every championship round before each event.
– Fixed end-race cameras and car positions (e.g. back from replay after end-race highlights).
– Fixed HUD disappearing after trying to play an invalid replay.
– Revised AI skill levels in Career in various difficulty settings.
– More straightforward session-end:
Added status message at the end of sessions informing the player to wait for all opponents to cross the finish line before proceeding to the next session.
– Fixed ignition turning off when killing the engine during pit stops.

UI:
– Added mouse input in VR.
– Fixed an issue with navigating the MFD in VR.
– Fixed tyre sets section being incorrectly active when wet compound was selected in the tyre and strategy windows in the Setup screen.
– Fixed incorrect title in the Championship car selection menu.