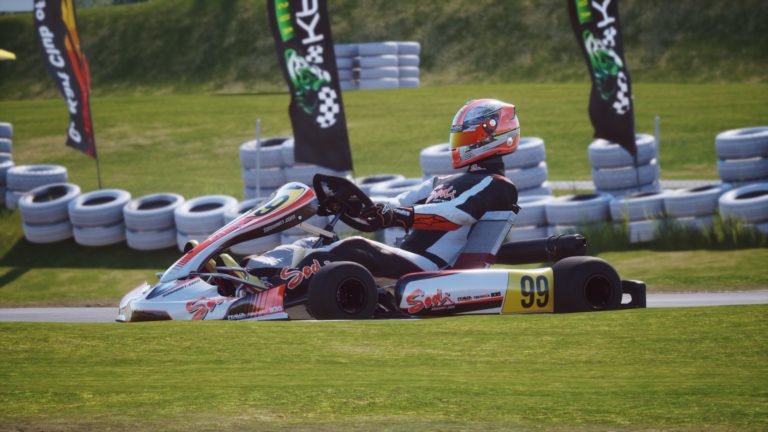 We’re back with the first update of the year and it’s one we can’t wait for you to try. Bringing beta VR support and the second iteration of the physics model with improved force feeback, we’ve also worked on improving performance across the board by 15%.

VR support (beta)
You can now use VR and WMR headsets via SteamVR or the Oculus runtime for those with Rift headsets. Although there is still much to add and improve, VR is a first-class citizen in KartKraft and will get as much focus as there has been on the rest of the game. As such, we want to hear your feedback on what you like, what you don’t, and what you think is missing. As a starting point, we recommend adjusting the graphics preferences until you achieve a stable view and high framerate before playing. VR view reset is mapped to triangle on most controllers by default, however you can rebind this in the input preferences.

Known issues:
– No horizon lock/head simulation
– Replay mode is inaccessible
– HUD and driver names may not render
– Menus may clip into world objects
– Cinematics and menus may not all be VR compliant
– Karts may be blurry when viewed up close. Workaround: Turn down post processing quality

Physics model i2
This build comes with the first major physics iteration since the release of KartKraft. Several bugs were identified and fixed, resulting in increased stability, less understeer and smoother FFB. Leaderboards have also been reset, given these changes.

Known issues:
– Some kerbs will cause the kart to rollover much easier than was previously possible